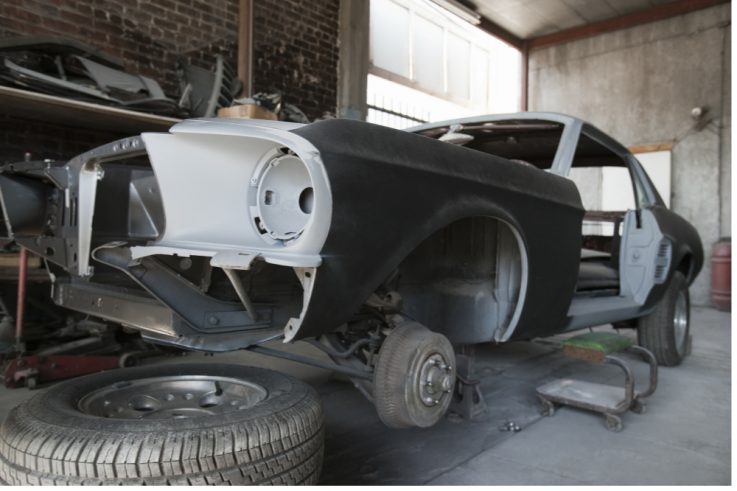 What Does Autobody Repair Entail For Your Car?

There are some similarities between being an auto mechanic and an autobody repair professional, at least insofar as both are directly related to restoring vehicles to good operating condition. However, most of the similarities end there, since an auto mechanic is much more concerned with vehicle operation and efficiency of all the parts which make up a motor vehicle.

An autobody repair specialist, on the other hand, is much more concerned with the aesthetics of a vehicle, since most vehicles coming to a repair shop will have been involved in some kind of motor vehicle accident. In some cases, the exterior damage is relatively mild and doesn’t require a great deal of effort, but in other cases, severe damage will have been done to the body of the vehicle.

Several techniques will be necessary to restore a vehicle to its former condition, for instance removing dents, repairing internals, and repainting or refinishing to achieve a look that is close to new. In some cases, auto body repair is necessary for vehicles that have been neglected over a long time, and which may have rusted out in certain areas.

Generally speaking, however, an autobody repair technician will be responsible for repairing the alignment of the vehicle as well as its body panels, and then refinishing it when bodywork has been completed. To make the vehicle look like new again after having been damaged, it’s often necessary to apply sand, filler, and fresh paint to restore that original look the vehicle had. Some kinds of auto body repair work are done on vintage or classic cars, and this can be just as painstaking as any other type of car, especially since these kinds of cars are often displayed in shows and other events.

For the most part, automotive service technicians, or car mechanics as they are popularly known, will be responsible for handling mechanical issues which usually aren’t visible, but are very noticeable when a car is not functioning correctly. This could be anything from repairing and installing brakes to changing spark plugs and tuning up an engine so that it can run smoothly.

There are also tons of potential problems that could arise under the hood, given the fact that there are so many moving parts there that could fail. For example, there are several belts, motors, and other systems that could fail at any time, resulting in either degraded performance or a non-operational status for the vehicle.

It’s also necessary for a car mechanic to be familiar with computer systems, even though diagnostic machines tend to remove all the guesswork from electrical systems that have issues. Since computer systems play a large role in the operation of virtually all modern vehicles, it’s necessary to at least have a familiarity with which operations they influence.

At times, it may be necessary for an auto body repair specialist to have some of this same knowledge, especially if any of these internal systems are impacted when a vehicle has undergone a collision. There are many situations where the damage done to a vehicle in a car crash reaches deep inside to affect internals, and these all have to be checked during the examination process.

However, for the most part, the responsibility of an auto body repair technician lies in the restoration of the external framework and structure of the vehicle, rather than internal operating components. When a vehicle has been involved in a collision, one of the first things that an auto body technician will work on will be the car’s framework.

Generally, a laser frame diagnostic system will be used to determine what exactly needs work, and once this has been identified, it will generally take several days to accomplish the work. After this, all the metalwork on your car will be evaluated and analyzed to make sure that the mechanical repairs are in sync with factory standards.

This will guarantee that the frame has structural integrity for driving and that the chassis is straight. Then it will be necessary to check wheel alignment and the suspension so that it can be determined whether or not you have appropriate maneuverability, and that your vehicle is capable of safe operation on the road.

If it becomes necessary to repair internals, an auto mechanic specialist may have to be called in to handle that, while exterior needs are handled by the auto body repairman. Generally, after a vehicle has been involved in an auto collision, it will be necessary to analyze the structural integrity of the vehicle.

It will also be necessary to ensure that the vehicle has proper alignment and that the body panels are still in good shape. It happens fairly often that some kinds of damage are not visible to the naked eye at first glance, so many specialized tools have to be used to determine invisible damage, and to diagnose the vehicle’s true condition.

The Work Environment for Auto Repairs

Auto body repairmen will always work in an environment known as an auto body shop, and this area will be equipped with much different machinery than you would find in an auto mechanic repair shop. This is understandable, given the fact that the two types of repairs being carried out by these two individual specialists are generally much different.

One of the biggest differences between the two working environments is that auto body shops will generally have extensive painting facilities, which you would not see in a typical auto mechanic environment. When working in an auto mechanic setting, you would normally see all the tools and facilities which are necessary for the repair of a vehicle’s internals, for instance, the engine, the brakes, and all the moving parts.

There are also a great number of specialized tools that you’d find at an auto mechanic shop, which are just not necessary at an auto body repair workshop. The tools which you might expect to see at an auto body repair shop are those used for hammering out dents, and for filling damaged areas with appropriate material. You would also find painting equipment such as spray painters and protective equipment which the painters would use during the painting process.