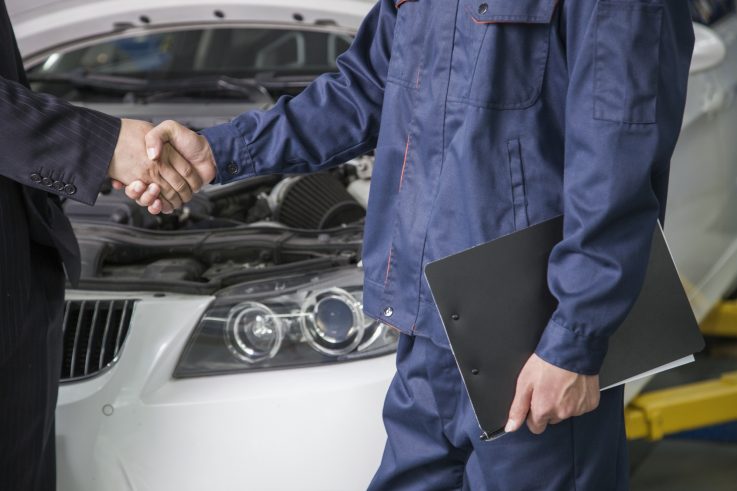 Should You Be Charged For An Auto Repair Estimate?

When your car needs collision work or any other kind of auto repair, the first thing you have to do is get some kind of repair estimate, so you’ll have some idea of the cost involved in fixing it. Typically, you might want to go to several repair shops to get their estimate of the repair cost, so you can be confident about at least a ballpark figure. It’s also usually worthwhile to do some comparison shopping, to see where you might get the best price.

But while you’re doing this, you should make sure that any of the repair shops you work with don’t charge you for a preliminary estimate. This kind of repair estimate only involves a visual inspection, and a calculation of the cost of repair parts, plus the labor needed to install them.

If your car has been in an accident and sustained considerable damage, you need to be aware that a preliminary estimate might fall short of the actual total.

There is quite often some internal damage that is not visible to the naked eye, and this would not be detected in a preliminary estimate. Most auto repair shops will not charge you for this kind of preliminary estimate, because it’s a fairly simple process and doesn’t involve any serious labor.

If you’re looking for an accurate auto repair estimate, that’s a horse of a different color, and you can expect to be charged for that.

What you Get with a Preliminary Estimate

A preliminary estimate usually won’t take more than half an hour, because it only involves a visual inspection and a calculation of parts and labor costs.

The repair shop will usually take down your contact information as well as your vehicle identification number, and you’ll be provided with some kind of write-up of clearly visible damages, as well as any parts that are required for replacement, the cost of those parts, the cost of labor involved, and the length of time the proposed repairs will take.

Sometimes the repair shop will take photos of your car to be used as a reference point for comparison with the final result, assuming you do the work there. After you’ve acquired a preliminary estimate from any repair shop, you can still take your vehicle to any other shop and have the same kind of estimate performed.

If your car is non-operational and you can’t drive it to a repair shop, you can take pictures of the vehicle, especially in all the damaged areas, and take them to a repair shop with you for a preliminary estimate.

These pictures should be sufficient to let any inspector know whether or not some kind of teardown is needed on the vehicle to assess internal damage. But once a teardown is initiated, that’s when a preliminary estimate is left behind, and you’re now talking about an accurate estimate.

Especially when your car has been in an accident and has damage to the frame, it will not be possible to thoroughly assess the damage from a simple visual inspection.

In cases like these, it’s very often necessary to partially tear down the area on your vehicle which has sustained damage, so that the internals can be seen and evaluated. This process does involve physical labor, a certain amount of time from a specialist, and even some professional equipment that is used in the teardown.

The majority of auto repair shops will charge you for this service, because it does involve time and labor, and it ties up a resource who might be working on an actual paying job. The good thing about an accurate estimate is that it is much closer to the eventual cost which will be charged because a more thorough job has been done in evaluating damage and repair costs.

When you request an accurate auto repair estimate from any collision shop, the cost of the accurate inspection will generally be included in the overall cost, so there won’t be any extra or special fee just for the inspection. That’s because the collision workers would have had to tear down your car anyway to make the repairs, so there’s no need for a separate charge just for the estimate.

After Getting an Accurate Estimate

You might wonder whether you can still take your car to another repair shop after having obtained an accurate estimate from one shop. Yes, you can. However, you will still be required to pay the original auto repair shop for its accurate estimate, because they committed a certain amount of time and labor to the teardown process to come up with that accurate estimate.

You would be free to obtain an accurate estimate from several different shops, but you’ll probably have to pay each one of them for their time and labor.

This can get to be a pretty expensive process, especially because you’re not actually getting any repair work done, and you’re still only estimating what the cost of the work will be.

Most of the time, the shop where you obtain an accurate estimate is the one which you will authorize to do the repairs for you. In that case, you won’t be charged for the accurate estimate, since the teardown process would’ve been necessary anyway.

When you’re talking about getting an auto repair estimate, you need to keep in mind that there are two different kinds of estimates, one being preliminary and the other one that’s an accurate estimate.

A preliminary estimate should not cost you anything, because it only consists of a simple visual inspection which requires no labor. An accurate estimate is different since it calls for the specialist to tear down any parts of your vehicle which have been damaged so the internal parts can be inspected for additional damage.

This kind of estimate can take much longer, and may even require professional equipment to accomplish the teardown process. Chances are when you request an accurate estimate from an auto repair shop, that is the place where you’ll have the work done, and you won’t have to pay for the accurate estimate, because it will be included in the cost of the repair work.