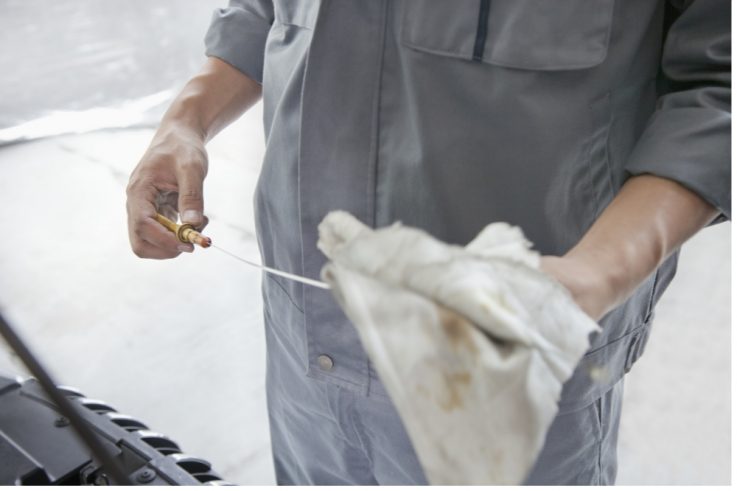 Auto Repair Shops’ Terms You Need To Know About

If you find yourself a bit bewildered by the terminology you hear bandied about at auto repair shops, you’re not alone. To help you sort through what’s actually being said, the following glossary is provided. If you can absorb some of these terms, you may have a better understanding of what’s actually happening the next time you take your car in for any kind of repairs or maintenance.

These are replacement parts for your automobile, which were not manufactured by the vehicle’s original equipment maker, but which have instead been produced by some other company.

This is a solid metal platform that is frequently used to restore the natural structure of a vehicle to its original factory specifications. This is generally accomplished by securing some part of the vehicle to the platform, then pulling the necessary vehicle areas into place by using hydraulic winches, chains, and special types of clamps.

Betterment is a term that is sometimes used to describe an item that has some level of wear, and which may be attributable to an accident. This often refers to batteries or tires which may be several years old. For instance, if a battery has used as much as three-quarters of its expected life cycle, an insurance company might pro-rate that item’s cost, and would then pay one-quarter of the new battery cost, while making the claimant pay the other three-quarters of the cost. The idea behind this scenario is that the insurance company is really only obliged to restore a vehicle to its condition before the accident.

A chip guard is a protective coating that resists chipping and denting and is typically applied to the lower panels on a vehicle, to resist the effect of sharp stones and other flying debris. It is intended to help protect the paint finish on your vehicle.

Corrosion refers to the effects of oxidation on the metal substrate of your vehicle, which causes it to be degraded. An oxide layer will form on the metal surface of the car, and will quickly cause it to lose strength and aesthetic appearance. For oxidation to occur, the metal surface must be exposed to oxygen, generally in conjunction with the presence of moisture. When corrosion occurs on steel or iron, it’s generally referred to as rusting.

Detailing is the final cleaning process that occurs both inside and outside your car, as well as any polishing which is necessary to improve its appearance. It might also sometimes include the removal of overspray from under the hood, trunk, and elsewhere, as well as the application of pinstripes or any other decorative features.

As it relates to automobiles, drying refers to the process whereby a coating will change from the liquid state to a solid one when the solvent evaporates, or when a chemical reaction of the binding medium takes place. When this kind of drying action occurs at normal temperatures, it’s referred to as air drying. The process can be sped up by applying heat, and in that case, it’s known as force drying.

As opposed to a touchup or a limited spot repair, edge-to-edge repair refers to doing a complete repair of your automobile’s panels.

This is an acronym for front end alignment, and it will generally appear on any invoice as a single line item or an estimate for repairs. You may also see it accompanied by a 4-W designation which means a four-wheel alignment. This simply means that your vehicle needs to have all four of its wheels aligned so that driving will be smooth and straightforward.

Hazardous waste includes any byproduct which is unusable and which has been derived from the painting process or some kind of repair procedure, which cannot be disposed of through standard streams of disposal. Products like these are potentially hazardous to the environment, which means special handling is required, in addition to professional and knowledgeable disposal. In such cases, it’s very common for federal, state, and local laws to govern the processes necessary for disposal.

This is the undercoat system which is generally applied by your automobile’s manufacturer in the area of the panels or panel parts. This protects during storage or transit, and it may be capable of supporting the finishing system. The level of value derived from this primer will depend on the age, type, and condition of the primer, and it may consist of multiple primer coats.

Pigments are the coloring materials that give any paint its specific hue or shade. Pigments are different from dyes because they are insoluble in any media in which they are used.

A primer is the initial layer of any coating system, and it will always be applied to a surface that has previously been unpainted. The role of a primer is to protect the substrate and to help prepare it for the coating of paint which is to follow. One of the most important qualities of any primer is its ability to adhere to the substrate, as well as to the top coat of paint which gets applied next.

Putty is a plastic material that has a very high content of mineral filler, and this makes it ideal for filling in deep holes or wide cracks when collision work is being done.

This is a kind of acronym for remove and replace, and it refers to having a part removed from a damaged vehicle when the repair will not provide an adequate solution. In this situation, a new part must replace the damaged one.

Before any repair or collision shop can do work on a vehicle, it must be authorized by the customer, and it may or may not be necessary for the insurance company to have agreed to this authorization.

Sanding is an abrasive process that is required to smooth out any coated surface before a second coat can be applied to it.

A sealer is an undercoating that will generally upgrade the adhesion characteristic of any topcoat, and it will also seal the previously painted surfaces which have been sanded down.